The Warriors women will be without their major recruit for the start of the second season of the NRLW. 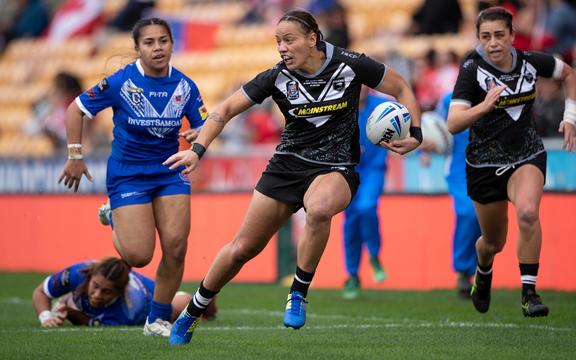 Kiwi Ferns player Honey Hireme isn’t available for Saturday’s opening round match against the Roosters in Melbourne, as she’s away supporting her seriously ill mother.

“Family is everything and we want Honey to do what is right for her,” said coach Luisa Avaiki.

“We know she wants to be playing and hopefully she’ll be available when we have our first home game against St George Illawarra (at Mount Smart Stadium on Sunday, September 22).”

Avaiki has still named a line-up laden with internationals.

Led by new captain Georgia Hale, the starting combination features 10 players from the Kiwi Ferns side which trounced Fetu Samoa in June plus a non-playing member of the squad.

Also named is seasoned Kiwi Fern Atawhai Tupaea, who has made her return to top level this year after having her second child, as well as Fiji international Timaima Ravisa, one of two Fijian players signed this year.

Meanwhile Kiwis prop and Sydney Roosters enforcer Jared Waerea-Hargreaves has been cleared for Friday’s blockbuster final after successfully arguing at the NRL judiciary that his hit on Liam Knight had been a “rugby league accident”.

The Kiwi test prop was found not guilty of a grade-one careless high-tackle charge on Knight, despite the South Sydney prop suffering a nasty gash above his left eye.