The Bulls will lose two South African representatives at the end of the current Super Rugby season, with centre Jesse Kriel and lock Lood de Jager both signing deals abroad. 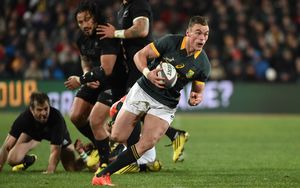 It follows the announcement yesterday that Bulls captain and flyhalf Handre Pollard will sign for Montpellier in France’s Top 14 and lock RG Snyman will move to Japanese club Honda Heat.

The weakness of the South African rand currency means there has been a flood of players signing lucrative contracts with clubs in Europe and Japan in the last few months after eligibility rules for players abroad were relaxed.

Overseas-based players with under 30 test caps can now represent the Boks, but South African Rugby has said they strictly enforce the 14-week international window and make sure leading players return from their clubs for tests.