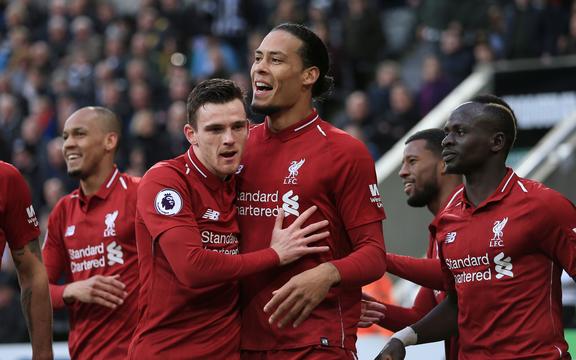 Salah and Mane shared the Premier League Golden Boot – with Arsenal’s Pierre-Emerick Aubameyang – for the league’s top scorer with 22 goals each, while Messi was the leading scorer in both La Liga (36 goals) and the Champions League (12 goals) last season.

Centre back Van Dijk was voted both the Premier League Player of the Season and the Players’ Player of the Year, and was instrumental in the Merseyside club’s sixth European Cup triumph.

Ronaldo won Italy’s Serie A title in his debut season with Juventus and was also voted the league’s most valuable player. He also led Portugal to the inaugural UEFA Nations League title last month.

US World Cup winners Megan Rapinoe, who won the top scorer’s Golden Boot and Golden Ball for the best player at the tournament, Alex Morgan and Julie Ertz were nominated for the best women’s player award along with last year’s Ballon d’Or winner Ada Hegerberg.