The New Zealand men’s basketball team has been hammered 122-88 by Canada in their latest World Cup warmup game in Sydney. 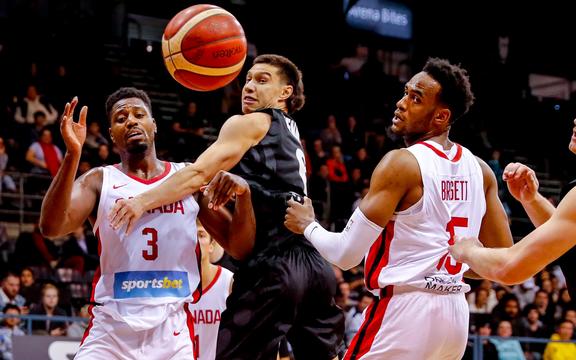 The Tall Blacks were in front midway through the first quarter, but some deadly three-point shooting from the Canadians had them ahead by 19 at the first break.

The New Zealanders improved in the second half, before a late surge gave the Canadians an emphatic victory.

“I don’t know if it was a step backwards, but it was a step up in terms of what we faced in Canada,” said coach Paul Henare, “the athleticism they bring, the spacing and the intensity they play with took us by surprise and unfortunately we didn’t react in the appropriate manner and allowed too many easy points.”

Tai Webster top scored with 19 points for the Tall Blacks.