Manager Rafa Benitez will leave English premier league football club Newcastle United when his contract expires at the end of the month. 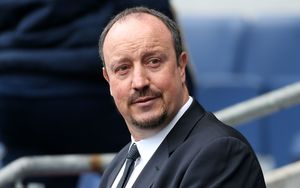 Benitez, 59, was expected to depart after failing to agree a contract extension over the last few months.

With the uncertainty over whether or not Ashley will sell the club ahead of the 2019-20 campaign, there appeared to be plenty of obstacles for both parties to overcome.

“We have worked hard to extend Rafa’s contract over a significant period of time, however it has not been – and will not be – possible to reach an agreement with Rafa and his representatives,” the statement said.

Former Liverpool and Real Madrid boss Benitez joined Newcastle in March 2016 but failed to save them from relegation from the Premier League.

The Spaniard stayed in charge and led them to promotion from the Championship, then stabilized the club with a 10th-placed finish on their return to the top-flight and then 13th last season.