The New Zealand men’s basketball team paid the price for a slow start in their opening World Cup warm up game, losing 99-89 to a fired-up Japan. 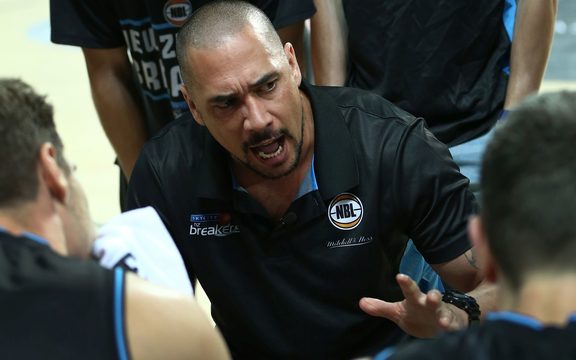 The home side were quick out of the blocks in front of a sell-out crowd, while the Tall Blacks couldn’t find a basket and found themselves trailing 18-2 midway through the first quarter. There was no panic in the New Zealand team though, and they slowly but surely clawed their way back into the contest, down by 11 at the end of the first quarter and within six by halftime.

That effort told however, as Japan broke the game open in the third, eventually winning by ten.

Tall Blacks Head Coach Paul Henare was pleased with the effort of his side, if not the execution at times in their first game of the World Cup campaign.

“It wasn’t jitters, but at an international level this Japanese group is playing well, they are physical and athletic and you just can replicate that first hit of intensity, and for our first game you could see it, it was like a punch in the face for our guys.

“It is good for us to get that out of the way for the boys to get that work on the lungs and game fitness. There is a lot to improve on, but we had chances to close that gap especially in the second half.”

Jones and Wiki into Hall of Fame.MAIN NEWS, SPORTS