Toro Rosso rookie Alexander Albon will replace under-performing Pierre Gasly as Max Verstappen’s Red Bull team mate from the next race in Belgium until the end of the Formula One season. 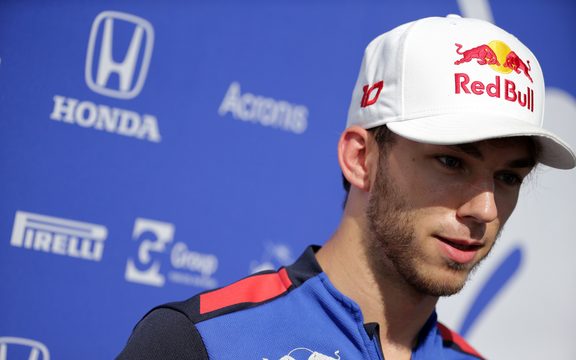 Gasly will go in the other direction, taking British-born Thai driver Albon’s seat at the sister team where the 23-year-old Frenchman started out before being promoted at the end of last year.

The Belgian Grand Prix at the Spa-Francorchamps circuit is on Sept. 1 and is the first race after Formula One’s August break.

Verstappen has won two of 12 races this season and is third overall on 181 points while Gasly, the 2016 GP2 champion, has struggled with just 63 points.

Red Bull are third in the constructors’ standings but need both drivers finishing consistently high up to have a chance of overtaking Ferrari, who are 44 points ahead of them in second place with champions Mercedes far in front.

Gasly had performed well last year at Toro Rosso and moved up to Red Bull when Australian Daniel Ricciardo decided to move to Renault.

His demotion means Toro Rosso now have two drivers rejected by Red Bull, with Russian Daniil Kvyat also promoted and demoted and then dropped entirely before being given a second chance.

Albon has got himself noticed this season with strong performances. The same age as Gasly, he has scored 16 of Toro Rosso’s 43 points from 12 races.