The Kuridrani family are proud Fijians but when the Rugby World Cup kicks off this weekend they will be backing Australia against their homeland. 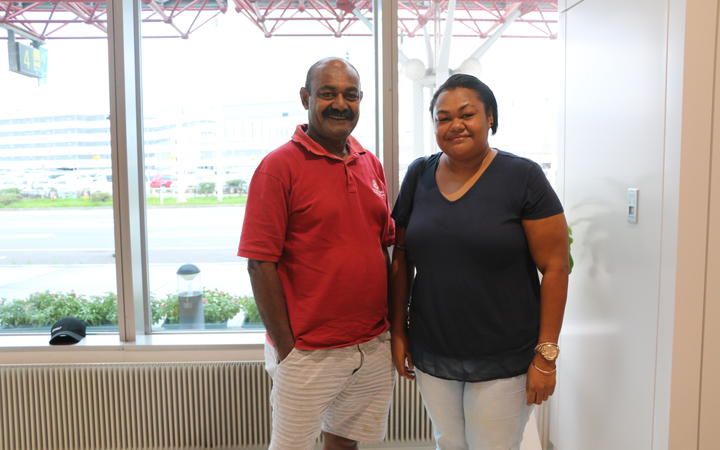 Father Inosi, older sister Bulou and younger brother Samuela have travelled from Fiji to Japan to support Wallabies centre Tevita Kuridrani, who was born in Suva but has gone on to earn 60 test caps since his debut for Australia in 2013.

Inosi said he was extremely proud of what his son had achieved in his career and would be putting family above country on Saturday afternoon in Sapporo.

“The family needs to support Australia to win, especially if my son is playing for Australia,” he said.

“We would fail in our part to not to support him if he plays for Australia. We love Fiji but when it’s on the rugby field we better feel that he should get the victory against Fiji.”

The Kuridrani family also followed Tevita during the 2015 World Cup in England, where Fiji and Australia also met in the pool stage.

During that game Tevita Kuridrani was pitted against his cousin Nemani Nadolo and Inosi admitted his loyalties were tested. 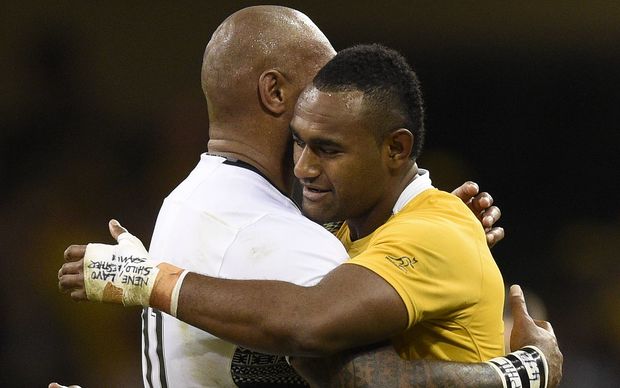 “Last time he was playing against Nadolo, who is also a boy in the family.

“It was really hard for me to differentiate the team but whichever team wins in the last World Cup – Fiji against Australia – I would go with it but this time Nemani is no longer there so I support Australia to win against Fiji.”

Tevita Kuridrani is far from an outlier at the World Cup, with Wallabies team-mates Samu Kerevi, Isi Naisarani and Marika Koroibete among a host of Fiji-born players representing other nations.

All Blacks wing Sevu Reece and France flyer Alivereti Raka were both pursued by Fiji coach John McKee before opting to commit their international futures elsewhere.

Tricolours wing Virimi Vakatawa first made his name on the sevens circuit after being signed by French club Racing Metro as a teenager, while England’s Joe Cokanasiga’s rampaging runs have been likened to the late All Blacks great Jonah Lomu.

Bulou Kuridrani said her brother was one of many rugby stars from the islands of Fiji.

“Where I’m from in Fiji, Namatakula, we’ve had a lot of successful rugby players (like) Lote Tuqiri, we’ve had Noa Nadruku, so this is nothing new. We’ve always had big rugby names, even from my village.”

Flying Fijians were the last Pacific islands side to make the knockout phase when they upset Wales 38-34 to advance to the last eight in 2007.

Bulou said confidence was high in Fiji that the country could reach the quarter finals again.

And while she would love to see that dream come true she hoped it won’t be at Australia’s expense.

“It’s a bit tough actually but we’re here for my brother so we hope the Wallabies will win this weekend.”

The Kuridrani family are scheduled to stay in Japan for two weeks but Bulou said if the Wallabies made the knockout rounds they might extend their stay, while father Inosi was also willing to stick around longer if the Fiji progressed.

No place for Salakaia-Loto in Wallabies sideMAIN NEWS, SPORTS

Fiji focused on basics of the game at World CupMAIN NEWS, SPORTS