Dallin Watene-Zelezniak has been passed fit to lead New Zealand against Tonga and will do so from the wing in Saturday’s rugby league Test in Auckland.

The new Bulldogs signing was cleared of any concussion symptoms following a collision in his debut for the Sydney club and despite sporting multiple stitches around a heavily swollen eye, he will lead the Kiwis for the fifth time. 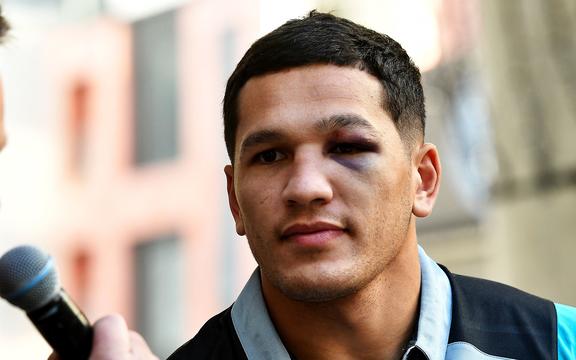 Roger Tuivasa-Sheck’s return at fullback has prompted coach Michael Maguire to shift Watene-Zelezniak to the wing, a position he last played at the 2017 World Cup.

The 23-year-old excelled at fullback in all five of New Zealand’s Tests last year, particularly in the upset of Australia at Mt Smart Stadium, which was his first as skipper.

Maguire has stayed true to his pledge to start veteran playmaker Benji Marshall alongside Shaun Johnson in the halves.

It is Marshall’s first Test in seven years, with the Wests Tigers No.7 having admitted this week he’d all-but given up on a Test recall.

Cronulla second-rower Briton Nikora is the only uncapped player in the starting team.