Australia dropped fast bowler James Pattinson from a 12-man squad for the second Ashes cricket test against England starting at Lord’s tonight, with Josh Hazlewood coming in as likely replacement. 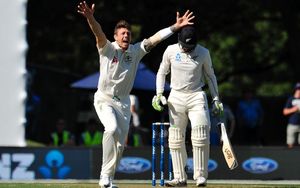 Fellow quick Mitchell Starc, the left armer who was also overlooked for the first test won by Australia at Edgbaston, also made the squad but could end up carrying the drinks once the playing line up is named at the toss.

Spearhead Pat Cummins and Peter Siddle, who made up the pace trio with Pattinson in the 251-run opening victory, retained their places.

Captain Tim Paine told reporters Pattinson was left out as part of long-term planning, with the choice between Hazlewood and Starc.

The third Ashes Test at Yorkshire’s Headingley ground in Leeds comes as a quick turnaround from Lord’s, with play starting on 22 August.