Tour de France champion Geraint Thomas crashed on the fourth stage of the Tour de Suisse and abandoned the race, his team said, putting a question mark over his participation in next month’s Grand Tour event, the biggest in the cycling calendar. 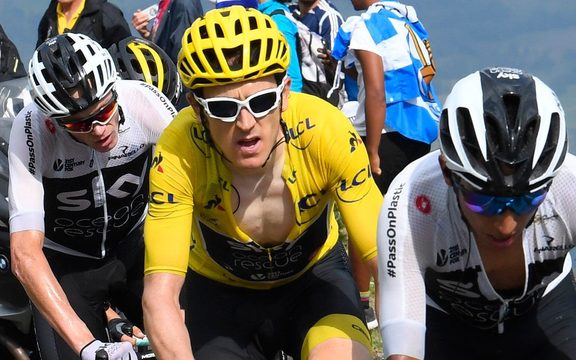 “Geraint Thomas has been forced to abandon the Tour de Suisse. He was alert and speaking to the team after the crash and will be taken to hospital for checks,” his Team Ineos wrote on Twitter.

Ineos are already without four-time Tour de France champion Chris Froome for the three-week race around the country, after he suffered a heavy crash at the Criterium du Dauphine.

Thomas sat up after the crash and was moving both his arms.