Toronto Wolfpack have decided they will take no further part in the 2020 Super League season. 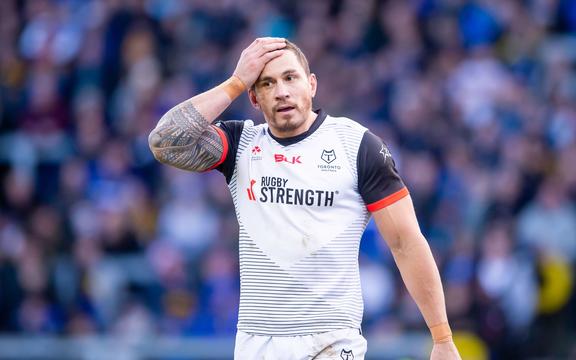 The Canadian outfit have been playing in English rugby league’s top flight for the first time after winning promotion from the Championship.

But, owing to the “overwhelming financial challenges” posed by the Covid-19 pandemic, they have opted to withdraw from the rest of the campaign.

They say they still “fully intend to field a team in the 2021 season”.

Rugby League’s only North American team made headlines around the world late last year when they signed for All Black Sonny Bill Williams on a multi-million dollar deal.

Toronto, who will also be withdrawing from the Challenge Cup, said in a statement:

“This decision has not been taken lightly, and in consideration of a range of factors specific to the club as the only transatlantic team in the league.

“Greatly reduced ticket, sponsorship, merchandise and game day revenue streams have resulted from the loss of all 11 of the team’s home Super League games in Toronto.

“The Wolfpack would be left covering significant additional costs simply to complete a season of games in the UK, including Covid testing, stadium rentals, medical costs and player pay increases to align with the rest of the league.”