The Auckland Tuatara were beaten 6-1 by the Perth Heat in their opening game of the new Australian National Baseball League season in Albany. 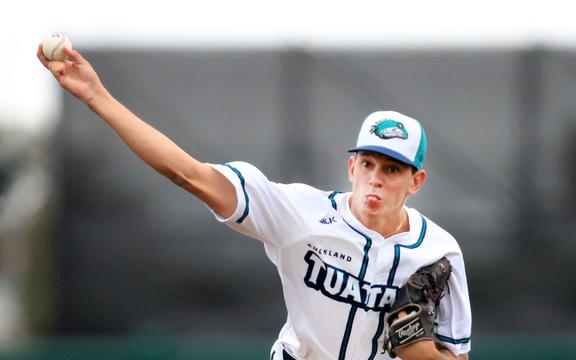 The Heat hit four home runs across the night to take first blood in the four-game series.

Kiwi starter Kyle Glogoski didn’t have his best stuff and was removed after two innings while the Tuatara hitters struggled at the plate.

Dominican centrefielder Hansel Moreno lined a hard hit double to centre and Dodgers prospect Jared Walker drove him in to score the home side’s only run of the game.

“We played a baseball game,” manager Stephen Mintz said. “All the work and everything that has gone into putting this together and to get out there and play baseball we are super happy.

“With the week we have been through, just the fact the guys were able to get out there. We had kids running around everywhere and it was just awesome but we have to work on those areas.”

The two sides head back to the park tonight when lefty Jared Koenig will start on the hill for the home side.