Former world women’s tennis number six Carla Suarez Navarro says she has been diagnosed with early stage Hodgkin lymphoma, a type of cancer, and will need to go through six months of chemotherapy. 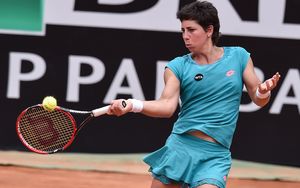 The 31-year-old Spaniard, in a video posted on her Twitter account, said she received her diagnosis a few days ago.

“I’m fine and calm at the moment, willing to face whatever comes,” Suarez Navarro said in the video. “See you soon.”

Last week, Suarez Navarro withdrew from the U.S. Open, which began in New York on Monday, for health reasons.