Heavyweight world champion Anthony Joshua and Bulgarian challenger Kubrat Pulev pulled off their masks and engaged in face-to-face verbal sparring at their weigh-in for their title clash on Sunday (NZ time).

The 31-year-old Joshua, who is putting his WBA, IBF and WBO belts on the line at Wembley Arena, hit the scales at 109kg. 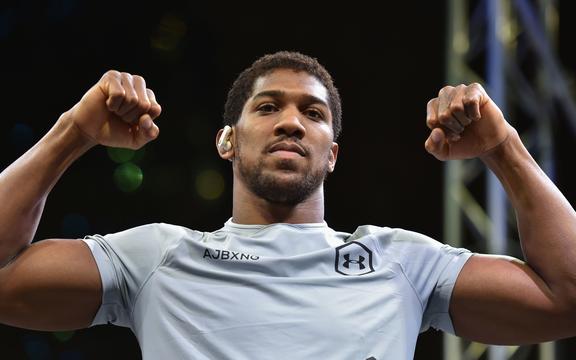 That was heavier than a year ago when the Briton reclaimed his titles from Andy Ruiz in Saudi Arabia, but lighter than the first Ruiz fight where he weighed in at 113kg and suffered a shock defeat.

Pulev, 39, stepped up 7kg lighter than Joshua and was in fighting mood, confronting Joshua while continuing to shout “new champion”.

It may have been all part of the familiar pre-fight hype but Britain’s Olympic gold medallist seemed irritated, removing his mask and pointing a finger at his opponent before security stepped in.

Pulev, like Joshua, has suffered only one loss as a professional, a knockout by Wladimir Klitschko in 2014.