Banishing the hurt of a narrow loss the previous night, the Tactix scored an impressive 48-35 victory over the Southern Steel in the ANZ Netball Premiership. 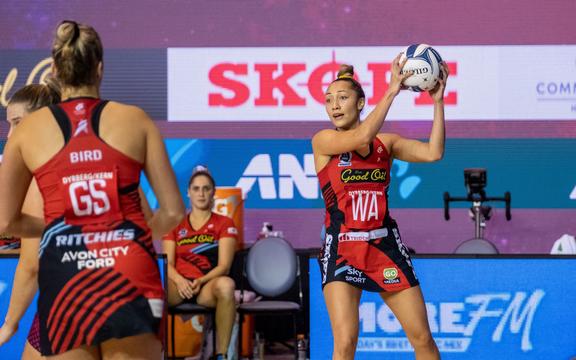 The Mainlanders produced some of their strongest netball of their season this weekend, and wanted to hit back hard from their contentious one-goal loss to the unbeaten Pulse on Sunday.

At opposite ends of the court, Jane Watson and Ellie Bird were the stand-out performers for the Tactix. The victory has elevated them into third on the table, now within striking distance of the Mystics in second spot.

After a one-goal win over the Magic on Sunday, the Steel couldn’t back up the intensity for a second day on the run. Co-captain Gina Crampton admitted the travel demands and a week of sickness in the camp could have also taken their toll.

Bird shot 32 of 34 attempts for the Tactix, while Watson was named MVP for her work on defence.