Rhyan Grant scored the extra-time winner with his chest as Sydney FC claimed a record fifth A-League title with a 1-0 victory over Melbourne City in the final at Western Sydney Stadium. 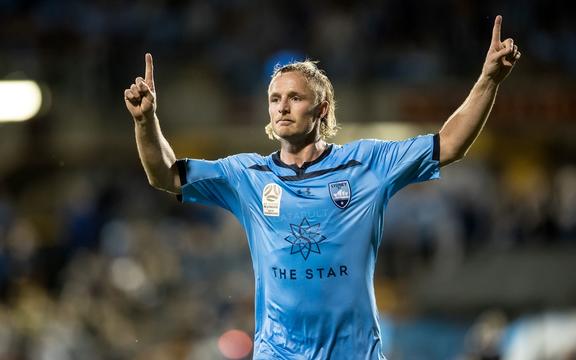 After 100 minutes of entertaining deadlock, the mullet-haired Socceroos full back ghosted in behind the defence to barrell a sublime angled pass from midfielder Luke Brattan into the net at the far post.

City, playing in their first final, fought to the bitter end but Sydney held on to retain the title, their third in fourth years, and move above four-times champions Melbourne Victory in the list of most decorated A-League clubs.

Sydney had dominated the 11-month season, which was halted for 16 weeks due to the coronavirus outbreak and needed all three Melbourne-based teams and the Wellington Phoenix to relocate to New South Wales to finish it.

A clash of strips meant City lined up in the red and white stripes Melbourne Heart wore from 2009 until 2014, when the club was bought and renamed by Abu Dhabi’s City Football Group and followed the rest of the stable by switching to a sky blue kit.