The Northern Stars have edged the Waikato-Bay of Plenty Magic 46-45 in their ANZ Premiership game in Hamilton. 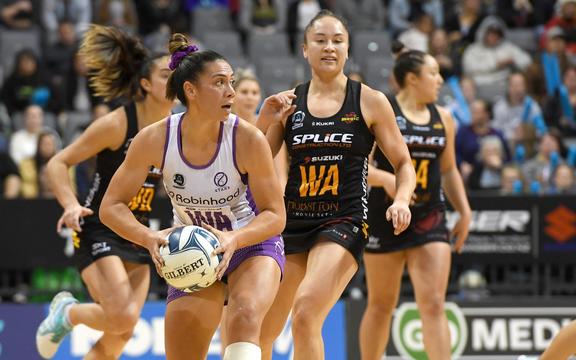 Jamie Hume landed the game-winning goal for the Stars with less than a second left on the clock.

Magic wing defence Holly Fowler suffered a serious-looking injury in the closing stages, adding more misery for the Waikato-Bay of Plenty side, which sit at the bottom of the ANZ Premiership ladder.

The Stars remain fourth and are now assured of a place in the third/fourth playoff.