The Springboks have been dealt a second major injury blow in as many days after lock Lood de Jager was ruled out for up to six months with a reoccurrence of the shoulder injury that forced him out of last year’s Rugby World Cup final. 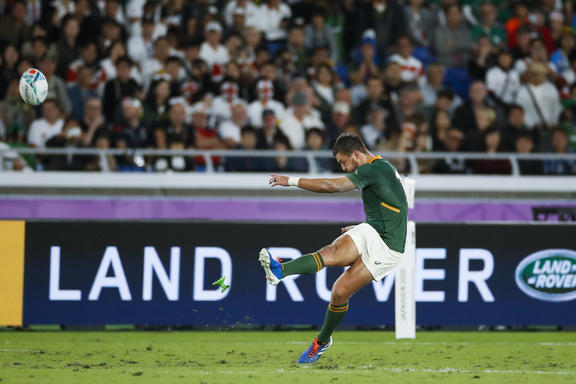 De Jager, who reinjured the shoulder playing for England’s Sale Sharks, will miss the Rugby Championship in Australia later this year as well as the build-up to the British & Irish Lions series in South Africa, which is scheduled to start next July.

Key first five Handre Pollard is also set for a lengthy spell on the sidelines after it was announced on Monday he had ruptured anterior cruciate ligament in his knee while playing for French Top 14 side Montpellier.

Meanwhile South Africa’s domestic season will finally kick into full gear when a seven-team competition starting on October 10, ending a seven-month hiatus due to the COVID-19 pandemic.

The country’s four Super Rugby sides, Bulls, Lions, Sharks and Stormers will take part, along with PRO14 outfit the Cheetahs, and local provincial teams the Pumas and Griquas.

The competition is scheduled to finish on January 23rd.