Sonny Bill Williams is preparing to fly to Sydney as the Roosters free up a roster spot for the dual-code superstar but his $10 million Toronto Wolfpack deal may prevent another NRL comeback. 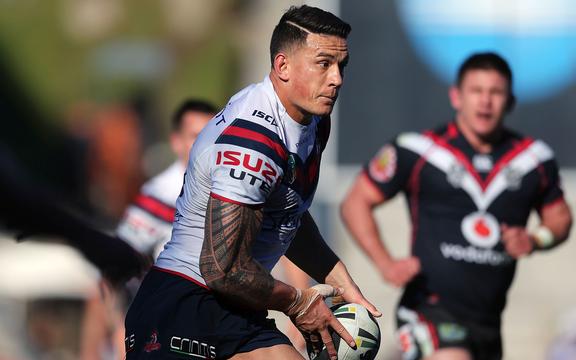 Williams, who holds a New Zealand passport, is seeking permission to travel directly to Australia with his wife Alana and their four children, with a view to joining the Roosters for the remainder of the season.

However, the most significant hurdle to his return is a rule precluding players from holding simultaneous contracts with an NRL club and a team in another sporting competition.

Under NRL rules, Williams would be required to terminate his two-year $10 million contract with the Wolfpack before signing another deal with the Roosters or any other club for that matter.

Despite withdrawing from the Super League this week, the Wolfpack want to rejoin the competition in 2021 and Williams does not intend to walk away from his $5 million per season deal.