Samoa’s prime minister has gone public with his desire to re-home the University of the South Pacific (USP) in his country.

It’s a long-term vision, according to Tuila’epa Sa’ilele Malielegaoi, one that has been resurrected by the ongoing saga surrounding the tenure of USP vice-chancellor and president (VCP) Pal Ahluwalia.

In the latest chapter of his fraught presidency at the region’s premier university, professor Ahluwalia and his wife were arrested and deported by Fiji authorities without consulting other regional partner governments.

Tuila’epa said Samoa was “100 percent willing” to make the move from Fiji happen.

“Samoa is revered in the region as a leading player when it comes to national issues benefiting not just our country but the Pacific Forum family as a whole,” he said in a statement.

Samoa does offer political and economic stability when compared with its neighbour to the west.

‘Samoa must take the lead’

The VCP’s forced eviction is the latest in a series of internal issues at the USP which came as no surprise said Tuila’epa, “Many big organisations have actually left Fiji in a similar fashion”. 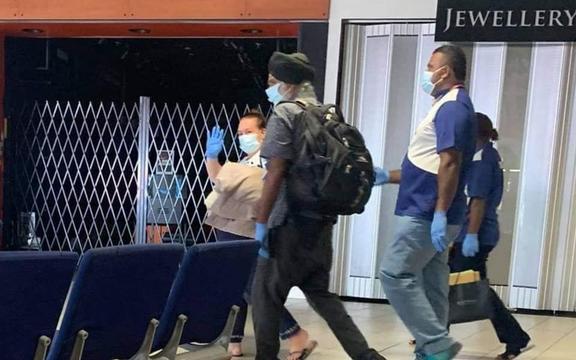 “I think Samoa must take the lead when regional issues surface that will compromise the mutual benefits and interests for all Forum countries and their respective residents,” Tuila’epa added.

He cited Samoa’s track record in providing a safe environment for regional organisations and international partners including the WHO and the Pacific environmental agency SPREP, adding that the USP was no different.