Two-times champion Carlos Sainz took over at the top of the Dakar Rally car standings after winning the third stage around the Saudi Arabian desert city of Neom. 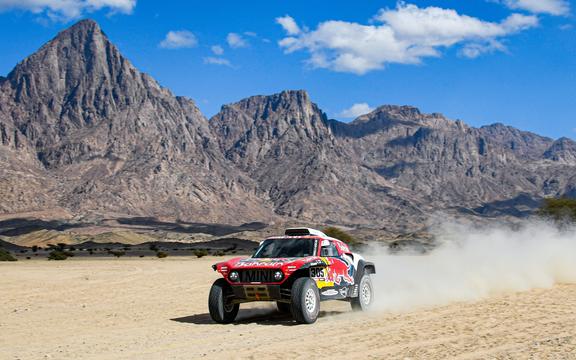 The Spaniard, driving a Mini buggy, led Toyota’s defending champion Nasser al Attiyah of Qatar by four minutes and 55 seconds after the 427km loop that extended close to the Jordanian border.

Overnight leader Orlando Terranova dropped to third, eight minutes off the pace, after the Argentine completed the stage nearly 13 minutes slower than Sainz.

Three different drivers have now won the opening stages of the first Dakar to be held in the Middle East after more than a decade in South America.

Fernando Alonso, the first Formula One world champion to compete in the Dakar, came back strongly from a difficult start when he smashed a wheel and suspension and lost more than two and a half hours.

The Spaniard was fifth fastest in the stage but still two hours and 40 minutes behind Sainz in the overall classification.

In the motorcycle category, American Ricky Brabec won the stage on his Honda and took over the lead from Britain’s Sam Sunderland.