Crusaders coach Scott Robertson says any role he had with the British and Irish Lions on their tour of South Africa next year would not have to be in a formal assistant coaching position. 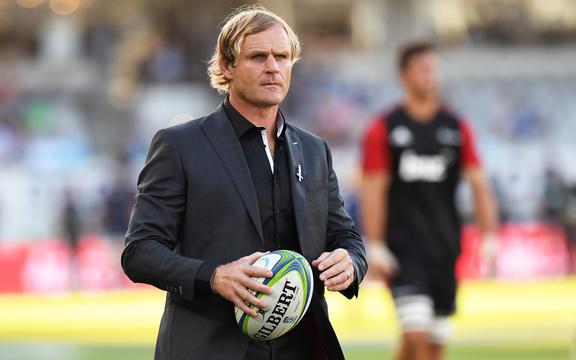 Robertson said last month that he had approached Lions coach Warren Gatland, a fellow New Zealander, about a spot on the tour to gain some international experience.

The request was not welcomed in some quarters and Ian McGeechan, who coached the Lions on four tours, wrote that Gatland needed assistants better acquainted with the northern hemisphere game and players.

Robertson told Stuff he’s still waiting to hear back from Lions organisers and was willing to help out where he could.

“It was a chance for me to grow as a person and teach with people with different mindsets and skill sets and be in such a special group. Nothing has changed from that,” he told stuff.co.nz.

“I am happy to help Andy Farrell out with the defence, to have more of a specialised role to allow him to get the best out of the group.

“You need a hand. You’ve got test matches, and midweek games. Coaching staffs are big, they’ve got a lot of players.”

“We want to help because we believe people should police themselves first and foremost”.BUSINESS, LATEST NEWS, LOCAL NEWS, MAIN NEWS