The young Wellington cricketer Rachin Ravindra completed an impressive match against West Indies A in Nelson. 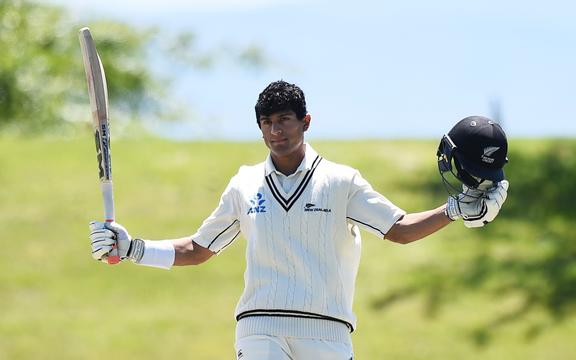 The 21 year old all-rounder scored a century in the first innings and then took a career-best six wickets for 89 runs in the West Indies second innings.

Touted for the past two years as a star on the rise, off-spinning allrounder Ravindra helped New Zealand A to a 101-run victory.

Ravindra’s all-round double act was the first in New Zealand first-class cricket since October 2016 when his Wellington Firebirds teammate – then playing for Canterbury – Logan van Beek scored an unbeaten 111* and took 6-57 against the Otago Volts in the Plunket Shield at Hagley Oval.