French veteran Stephane Peterhansel was heading for a record-extending 14th Dakar title after ending Wednesday’s 10th stage in Saudi Arabia with a 17 minute advantage over his closest rival Nasser Al-Attiyah. 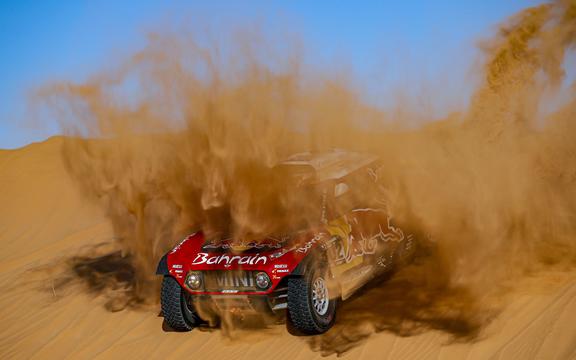 While ‘Mr Dakar’ maintained his comfortable lead in the car category, overnight motorcycle leader Jose Ignacio Cornejo saw his dreams evaporate when he crashed and had to retire on medical grounds with two stages to go.

That left what looked like a straight fight between defending champion Ricky Brabec of the United States and his Argentine Honda team mate Kevin Benavides.

X-Raid Mini driver Peterhansel was third in the 342km stage from Neom to Al-Ula, behind Qatar’s Al-Attiyah in second and Saudi winner Yazeed Al Rajhi.

Defending car champion Carlos Sainz remained third overall but more than an hour off the lead.

The rally ends in Jeddah on Friday.