Frenchman Julian Alaphilippe lost the overall lead in the Tour de France to Briton Adam Yates after being handed a 20-second penalty for illegal feeding at the end of stage five, won by Belgian Wouth van Aert. 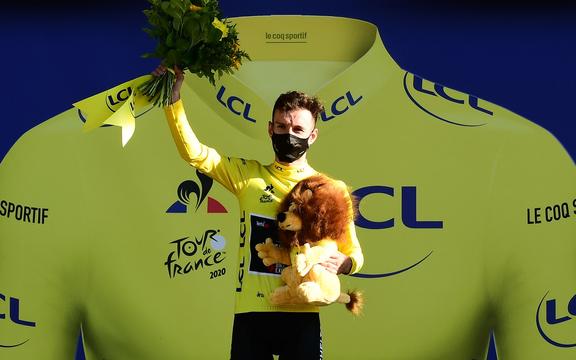 Van Aert was fastest in the sprint at the end of the 183km ride from Gap that featured no breakaway, an almost unprecedented scenario in normal racing conditions in the modern era.

Dutchman Cees Bol was second and Sam Bennett took third place to become the first Irishman to wear the green jersey for the points classification since Sean Kelly 31 years ago.

Alaphilippe finished safe in the bunch but snatched a bottle about 17km from the line, breaking Tour rules which state that feeding is illegal within 20km of the finish.