Jeetan Patel has finished his stellar playing career with a tidy spell and two more wickets to his tally, but not a Wellington Firebirds victory as the Central Stags proved too slick on their way to a 24-run win in the Super Smash T20 competition. 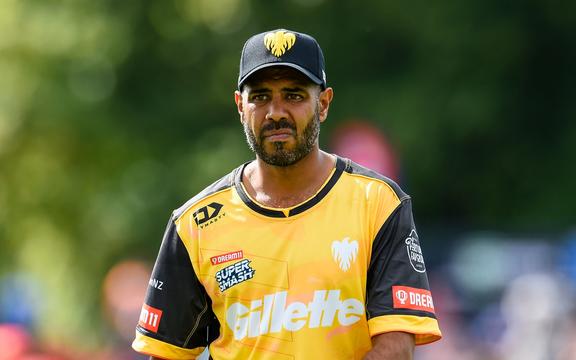 Patel was recognised for a career that has spanned two decades, receiving a guard of honour onto the Basin Reserve in his final match in yellow and black.

Patel finished with 2 for 30 to take his wickets total to 504 across all formats for Wellington.

The Stags now sit atop the table with two wins from two. The Firebirds have a win and a loss as they plot the rest of their season without the legendary off-spinner in the ranks.