Penrith coach Ivan Cleary has admitted his side “went off a cliff” in the wake of the club’s sex tape scandal and it was the disruptive force behind their abysmal start to the National Rugby League season. 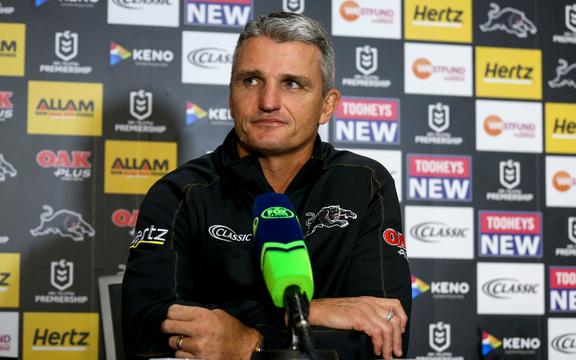 The Panthers moved towards getting back on track, and provisionally lifted from the bottom of the ladder, with a 16-10 victory over Parramatta last night.

The Panthers were installed as title favourites before a ball was kicked in 2019 but went winless over the previous six weeks – their worst losing streak in 17 years.

The club were sent into a tailspin during the pre-season after three sex tapes involving players were leaked on the internet.

Penrith lost several senior players over the previous two seasons and Cleary said their leadership group struggled to keep the side together.

“There was a lot of uncertainty around it,” Cleary said.

Cleary said the sex tape scandal put everyone on edge over the last several months but he’s confident they have turned a corner.