A Niuean climate change expert is due to brief the UN Security Council overnight on climate issues facing the Pacific.

Niue’s Coral Pasisi is the Pacific representative on the Climate Security Expert Network and she said it’s taken a decade of lobbying to bring this to the council.

Her presentation is part of a high level debate involving ministers from the full Security Council.

“The focus is going to be around a better understanding of how climate security issues affect different regions and what can the UN Security Council actually do to help,” observed Pasisi.

She is one of three speakers including UN Secretary General Antonio Guterres and a colonel from Niger on issues around drought in Africa’s Sahel.

For the Pacific, Pasisi noted, bringing climate issues to the council’s attention has been challenging because of the relative lack of conflict in the region compared with other parts of the world.

“There’s a great many ways we can connect the impacts of climate change to undermining peace and security, the stability of communities, economies and countries in the region,” she said.

“The challenge is, it’s such a passionate issue for many of us that when we start talking about it we default to rattling off absolutely everything, and people start to glaze over at that point.”

Instead, she added, her objective is to focus Security Council attention on three pressing “climate fragility areas that present such a magnitude of impact that they warrant security responses”.

The strategy encourages intervention before issues turn to conflict. 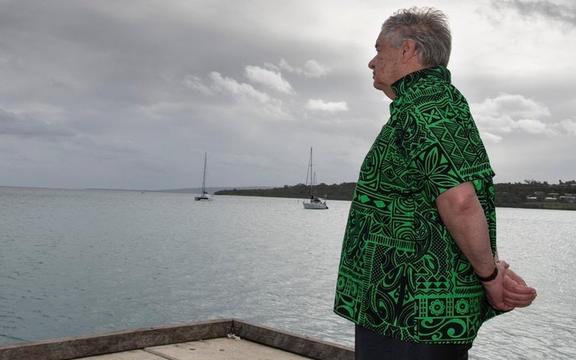 The first issue is the security of maritime boundaries in the Pacific “and the certainty that we need around that to ensure that we can plan the resources in our EEZ’s into the future” she said.

Global competition for fisheries, over-fishing and climate change induced disruption to ocean currents which will change tuna migration patterns all present threats to the region’s food security and incomes.

The final issue is around the displacement of the region’s populations.

“People are being already displaced internally and between countries as a result of climate change and this often happens in highly contested land tenure systems and, you know, we have different cultures etc so that is a very big challenge.”

Coral Pasisi noted that there are no existing legal or policy arrangements to protect Pacific’s people, resources or maritime jurisdictions.