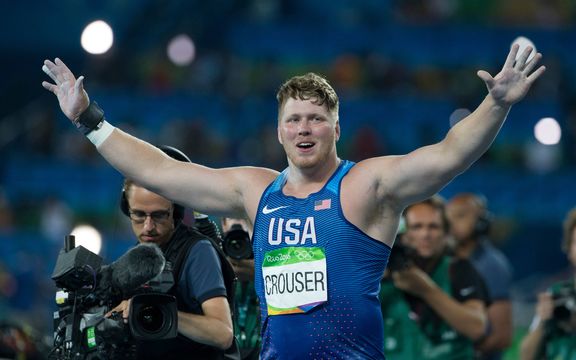 The Olympic champion has thrown an almighty 22.82m in the opening round of the American Track League meeting in Fayetteville.

It was 16 centimetres further than the mark recorded by compatriot Randy Barnes in 1989.

Crouser recorded two other throws in excess of 22 metres.

All three were further than reigning world champion Tom Walsh has thrown indoors.

Walsh opened his year with a best throw of 20.78 metres at the Potts Classic in Hastings at the weekend.