Two new champions have ushered in the decade at the National Surfing Championships completed in Dunedin on Saturday. 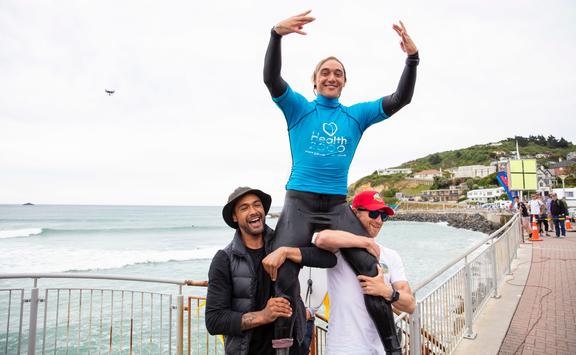 Paerata-Reid, 23, brushed away his three previous finals losses to overcome seven-time and defending champion Billy Stairmand, of Raglan, in a see-saw battle.

Still just 14, Henderson was competing in her first final and became the second youngest winner of the women’s title.

The Cantabrian ran away with the win over Piha’s Gabrielle Paul, adding to her earlier title in the under-18 girls division.

St Clair Beach produced clean waves of up to 1.0m with offshore winds all day but the swell size decreased through the afternoon and the incoming tide turning the swell tap off.