White Ferns captain Sophie Devine scored a century to lead her Perth Scorchers side to a 36 run win over the Sydney Sixers in the women’s Big Bash in Sydney. 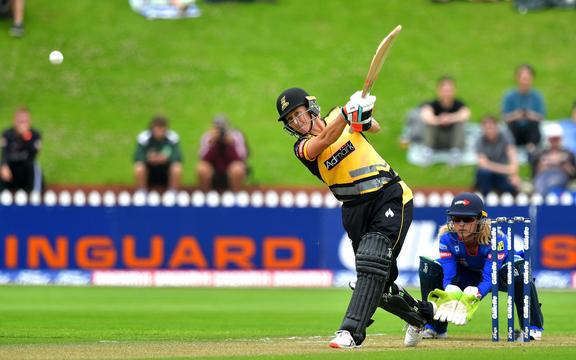 Devine scored 103 off 68 balls hitting five fours and seven sixes as she and Beth Mooney put on 151 for the opening wicket.

“I hit a couple of shots today and ‘Moons’ (Mooney) came down and was like, ‘What was that?’ and I said, ‘I actually don’t know’,” Devine said.

“I think that’s a good sign for me that you’re not thinking about things and it just comes naturally.”

Fellow New Zealander Rachel Priest hit an unbeaten 83 as her Perth Hurricanes were beaten by the Sydney Thunder.

The Melbourne Stars top the standings, while Devine’s Perth are fifth.