Lionel Messi marked his record 506th appearance for Barcelona in La Liga by scoring a penalty but the Catalans could only draw 1-1 with Cadiz after conceding a spot-kick late on. 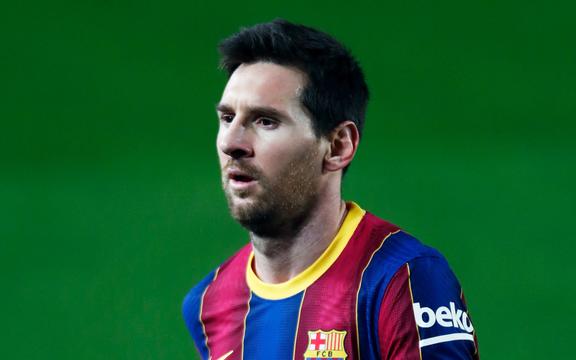 The Argentine overtook former team mate Xavi Hernandez in the all-time list of Barca appearances in the league and opened the scoring in the 32nd minute by calmly passing the ball into the bottom corner from the spot after Pedri had been tripped by Cadiz’s Iza.

Fielding the same starting 11 that had been out-classed 4-1 by Paris St Germain in Tuesday’s Champions League last-16 first leg on Tuesday, a rusty looking Barca failed to build on their lead despite having 81% possession and taking 21 shots at goal.

They paid the price when Clement Lenglet gave away a penalty for striking Cadiz forward Ruben Sobrino as he tried to clear the ball.

Cadiz midfielder and former Real Madrid trainee Alex Fernandez made no mistake from the spot in the 89th minute to equalise for the visitors with their first shot on target.

Barca are third in the standings on 47 points, trailing leaders Atletico by eight points and second-placed Real Madrid by five points.