Lewis Hamilton has taken another step towards a record-equalling seventh Formula One title with a dominant lights-to-flag victory in the Belgian Grand Prix. 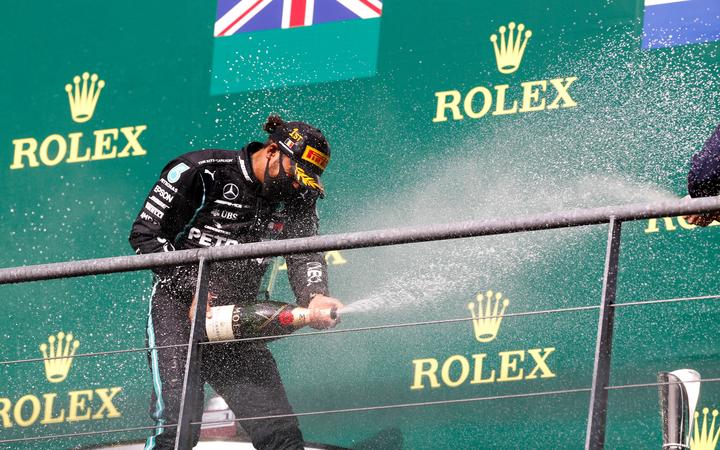 The Briton, who had started from pole position after an inspired qualifying display, was at the front for every single lap as he led team mate Valtteri Bottas across the line for a Mercedes one-two.

Hamilton looked to be in perfect control in the lead after retaining his advantage at the start and down the long flat-out blast to the Les Combes chicane despite a snap of oversteer.

The durability of his tyres, which stirred memories of his winning three-wheeled limp to the line at his home British Grand Prix, raised some concern for the champion.

But even those worries, which injected a hint of jeopardy into the otherwise straightforward race, proved unfounded as he crossed the line a comfortable 8.4 seconds clear of his Finnish stablemate.

“I know it’s not necessarily what everybody always wants to see, a Mercedes at the front,” said Hamilton, who now has a 50-point lead in the championship over Bottas and is 47 ahead of Red Bull’s third-placed finisher Max Verstappen.

“But no matter how much success we have, we just keep our heads down.”

Hamilton’s win was the 89th of his career, putting him ever closer to matching Michael Schumacher’s seven title triumphs and leaving him just two short of the German’s record tally of 91 race victories.

It was also the champion’s fifth win from seven races so far this season and the fourth of his career on the Spa-Francorchamps track.