The Auckland Aces have kept themselves in the running for back-to-back titles in the men’s national provincial one-day cricket competition. 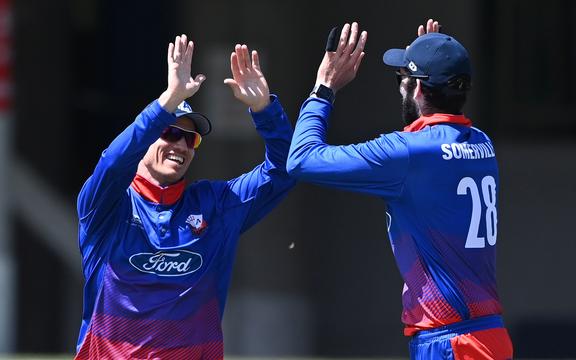 The Aces have beaten the Central Stags by 93 runs in the second match of their double-header at Eden Park Outer Oval to rise to third with two rounds remaining.

Auckland are one win behind Canterbury and Northern Districts, who lead the competition, despite defeats to the Otago Volts and Wellington Firebirds respectively in round eight.

Otago and Wellington are also in contention for the top three playoffs.

Meanwhile, just a point separates the Canterbury Magicians, Auckland Hearts and Central Hinds at the top of the table with two rounds remaining in the women’s Hallyburton Johnstone Shield.

The top two sides will meet in the final.