The New Zealand squash player Paul Coll has been beaten 3-1 in the final of the Qatar Classic by world number one and defending champion Ali Farag of Egypt. 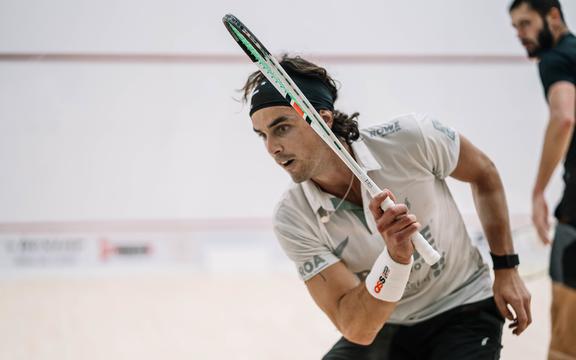 For fifth ranked Coll it was his 23 PSA final and his second Platinum title match but despite having an easy semifinal the West Coaster couldn’t get across the line with the Egyptian displaying some remarkable shot-making.

For Coll, it marks a second year of frustration in Qatar following his defeat to World No.3 Tarek Momen in the PSA Men’s World Championship final at the same venue 12 months ago. It was his second Platinum final appearance, with his first at the Windy City Open back in March, 2020 also ending in a defeat to Farag..

Coll gave plenty of credit to his opponent after the match.

“It’s a tough feeling at the moment. I’m obviously very happy to reach another final here in Qatar, it’s a great tournament and a fantastic location.

“I wanted it pretty bad today but fell short. It’s a tough one to swallow, but Ali is World No.1 for a reason and he played the end of every game very well, so well done to Ali.”

The next tournament for Coll is the CIB Black Ball Open in December in Cairo.