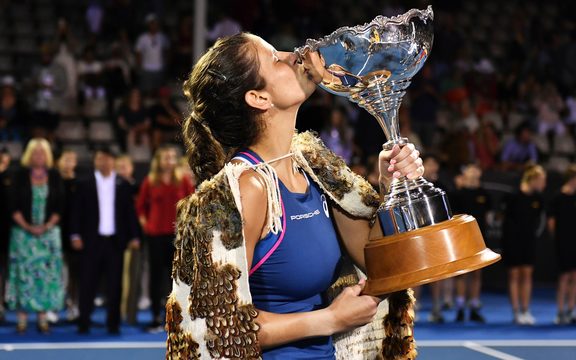 The 28th ranked Goerges will attempt to win a third straight title in Auckland.

The 31 year old German has seven career titles and this year also made the Birmingham final.

John Isner, the number one seeded American player on the Tour, listed the trophy aloft on centre court in 2010 and 2014, the former being his first evert ATP Tour title.

Isner, who had a mid season break due to injury, came in to the hard court season strongly, making the final of the ATP Masters 100 Miami Open.

The six-foot-ten giant’s serve is feared by all tour players and considered the biggest in the game. This is proven in the numbers as well, with the North Carolina native leading the stats with most aces served this year with 1,032 winners.