The Breakers basketballers will temporarily move to Tasmania today after a fresh Covid-19 outbreak in Victoria. 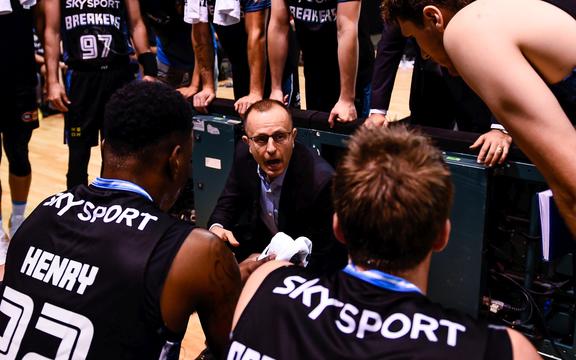 The New Zealand NBL team have been in Melbourne for almost three weeks preparing for the season set to start in two weeks time.

But both the Breakers and South East Melbourne Phoenix will move to Hobart and NBL Commissioner Jeremy Loeliger said they will be accommodated and train there under strict Covid protocols.

“This will give us time to assess and work through the next steps required as we prepare for the forthcoming NBL Season.

“We hope the current restrictions and resulting border closures will be eased as quickly as possible but we will need to stay flexible in our approach and we will continue to be guided by the advice of the relevant state health authorities.”

The Breakers are scheduled to open their season against Melbourne United in Melbourne on January 15.

Vodanovich who spent last season with the New Zealand Breakers is a replacement for swingman Xavier Cooks, who will miss a large chunk of the NBL season with an ankle injury.

Vodanovich, who was named the New Zealand NBL Most Valuable Player in 2020, was due to play in Luxembourg, but instead joined the Kings at their temporary Albury training base earlier this week because of Covid-related protocols.